I hear some interesting things from the recent ASHG conference, mostly from Razib Khan. It seems that the dead have spoken again: it turns out that the genetic transition in northern Europe  coincides with the advent of the Corded Ware/Battleaxe culture – and the Corded Ware folks were invaders from the Yamna culture. If I got this straight, Germans today are about 70% Yamna. And if that’s so, I’ll bet that they were even more Yamna in, say, 2800 BC.  I think the previous EEF inhabitants fared poorly. It may be that  the people of Old Europe left scarcely a trace of their blood in the veins of their conquerors – in the north. 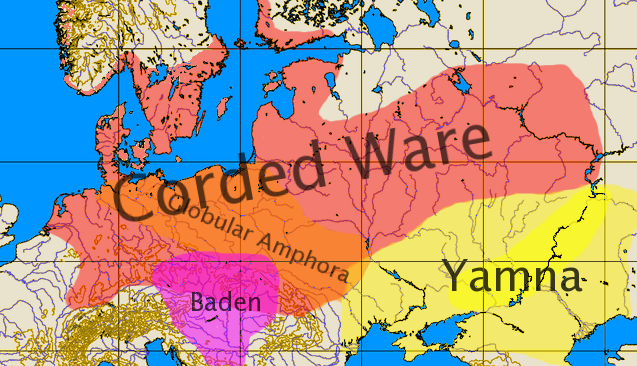 The Yamna, were themselves a fusion of peoples – part eastern hunter-gatherers (with a large fraction of ancient Siberian) and part a more Middle Eastern-ish farming population, similar to Armenians. 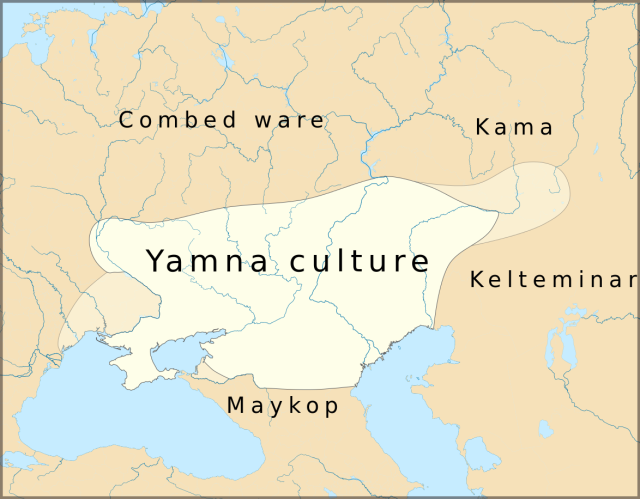 Which fits those old notions about the Indo-Europeans starting out as a group of warriors and magician/priests who conquered and assimilated a race of farmers… the Aesir-Vanir war, the sobbin’ women,  etc.  J. P Mallory says “the three estates of of Proto-Indo-European society were fused only after a war between the first two against the third.”  This implies that the Sibermen were on top: which also fits the big expansion of R1B and R1A, both of which turn out to be about 5,000 years old.

Like I said in Silver Blaze, they’re working out the origin and scope of the Indo-European expansion.

45 Responses to Yamna and Corded Ware